Spent the day at the zoo and got in lots of steps. Good thing too since I morrow will be 12 hours spent in the car. But, hey it’s the last leg of the trip and tomorrow night I will be home sleeping in my own bed. And, then it’s back to yoga, T25, running, and looking at starting Krav Maga. Time to get my butt moving and in shape. 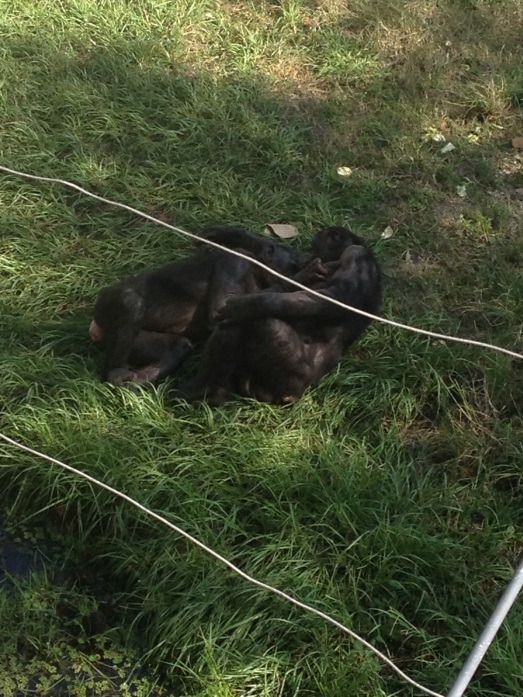 And, these guys were getting a bit frisky at the zoo today. I’m thinking there may be a baby in a few months.

Today is the day, the day that I started on this crazy long journey towards a healthier me.  I’ve committed to exercising and eating healthier.  I stepped on the scale today for my weigh in and well let’s just say the number on the scale was not something that I wanted to see.  It’s hard, admitting to yourself that you’re overweight.  The number on the scale was the highest I’ve ever been, and well that’s not ok.  The number is way too high and very unhealthy.  I never wanted to be this heavy, and well I’ve just stopped taking care of myself, and now is the time to start taking care of me.

Today, is the day that I work towards a change, and make a better me.  I’ve set up this blog to keep a journal of my journey towards the healthier me.  It’s going to be a long, slow journey with many ups and downs.  At times it will be frustrating and at others it will be exhilarating.  I am psyched to do it, I’m tired of the yo-yo weight loss and gaining that I have been doing over the last several years.  It’s not healthy.

I’m tracking my progress with the use of a Fitbit Flex, which is a great little device.  It tracks my steps, miles, calories burned, my sleep, and I can even input the food that I’ve eaten throughout the day.  It doesn’t require anything from me, but the imputing of the food that I’ve eaten for the day.  I find that if I keep track of whatever I am eating, I am more conscientious of what I am eating, and how much I’m eating.  So by keeping a record of what I am eating I will be able to see the choices both good and bad that I am making.  The other great thing with the Fitbit, it’s a constant reminder to get up and keep moving, all I need to do is look at my wrist, and see how far along I am to reaching my goal for the day.  It’s a visual reminder of how my progress is going.

Of course, I bought the Fitbit Flex about 3 weeks ago, and now they have just released a newer Fitbit bracelet called the Force.  I’ve been checking it out online, and reading the reviews, of course I want it, but I don’t really need it, being that there are very few things different between the 2.  The Force is an actual watch, it provides the time, and the other option that the Force has over the Flex is stairs climbed.  I don’t really need that, being that there aren’t a lot of stairs to climb.  So, I think I will be holding off for a while I think my money will be better spent on the Fitbit Aria scale, if I’m really in the need to buy more products from Fitbit.  Plus, I figure if I wait a while they will come out with something new and even better than the Force.

I’ve set daily goals for myself when it comes to activity.

The numbers aren’t a lot or high, but it’s a start.  I wanted to set goals for myself that would require me to get up and move more, but I also didn’t want them to be unattainable, because I know that would discourage me.  I know how I work, and well when I fail at something I tend to lose interest.  And, as for the goals they aren’t hard, but I do have to work at it, I have to get up and going.  No curling up on the couch with a book for hours on end, because if I do there is no way that I will reach my goals.

Today was the first day of the journey and the numbers are not at all what I want, but that’s ok because they are going to get much better, with some hard work and determination.

And, well all I have to say to that number is YIKES.

Day 1 hasn’t been so bad except for the number on the scale.  I was able to get my steps in, and am very close to mile goal, and will have reached it by the time I head to bed tonight, so it’s a good day.  Tomorrow, will be an even better day.

What You May Have Missed

These Guys Rock Too

A Fat Girl's Journey To Health and Fitness

trying (again) to get it almost sort of together

because we don't want your creativity slow going.

Another blog about the weight loss journey